Posted by Sean Gallagher on Nov 19, 2021 in published work | No Comments 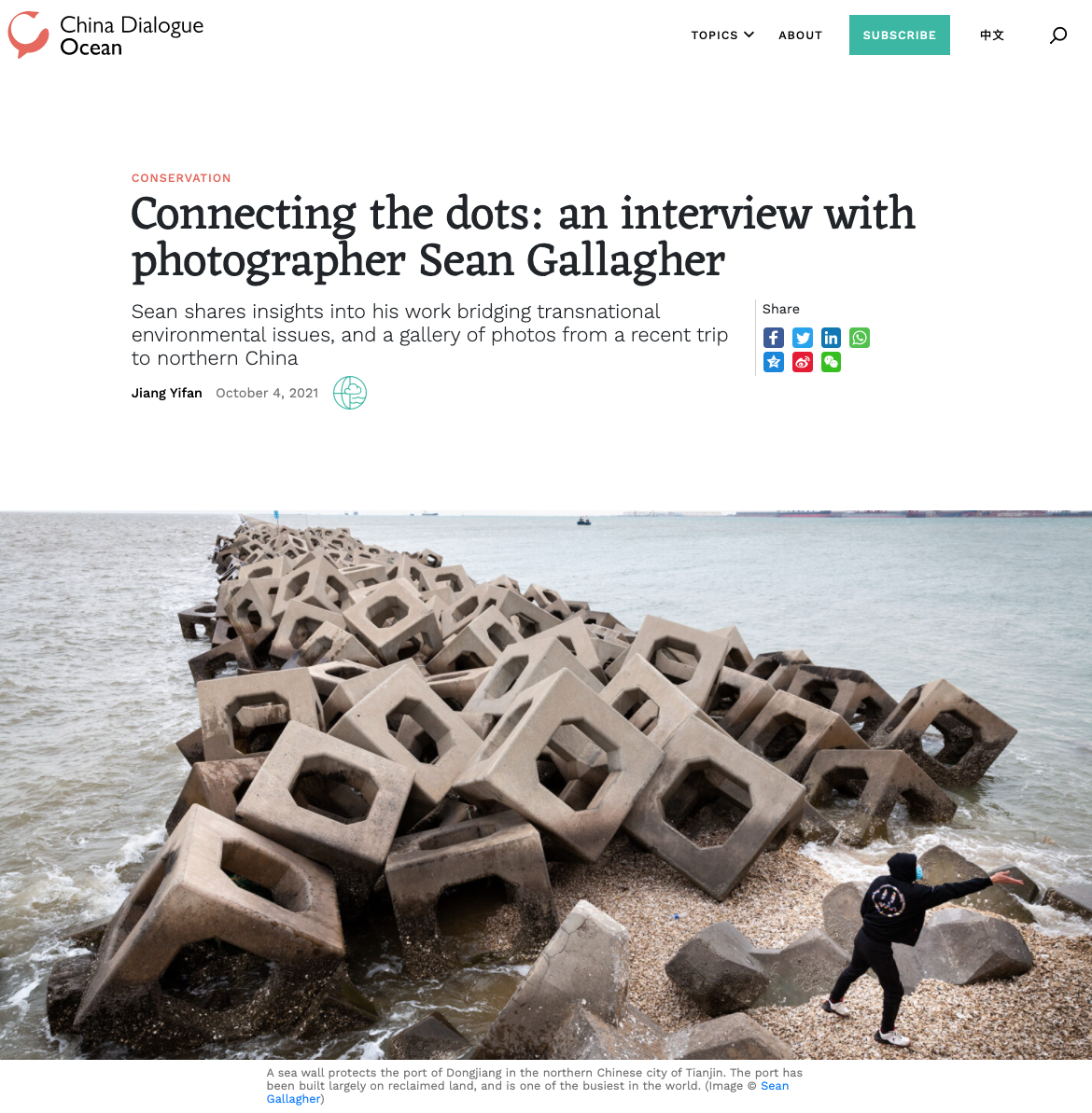 Thank you to China Dialogue for publishing this in-depth interview and feature about my work documenting the impacts of climate change along China’s Bohai Bay. This region has been identified as one of the most vulnerable coastlines in China and is predicted to be one of the worst affected in coming decades by rising sea levels and associated flooding, land subsidence and coastal erosion.

The aim of my 500km journey was to understand how this region is adapted and prepared for these imminent changes and assess the resilience of the people and the land. One of the busiest shipping regions in the world, its ports feed the megacities of Tianjin and nearby Beijing. It is home to tens of millions, the base of numerous industries, power stations, oil fields and has wetlands that act as important buffers to environmental change. As China’s shorelines change this century and start to feel the full force of rising sea levels, this region will be one of the worst hit and have some of the most significant social, economic and environmental impacts.

This project was made with support from the Resilience Journalism Travel Fund from the Craig Newmark Graduate School of Journalism at CUNY [City University of New York].